CROME stands for CERN Radiation Monitoring Electronics. It is the new generation of CERN radiation monitoring system for Radiation Protection.  It provides: 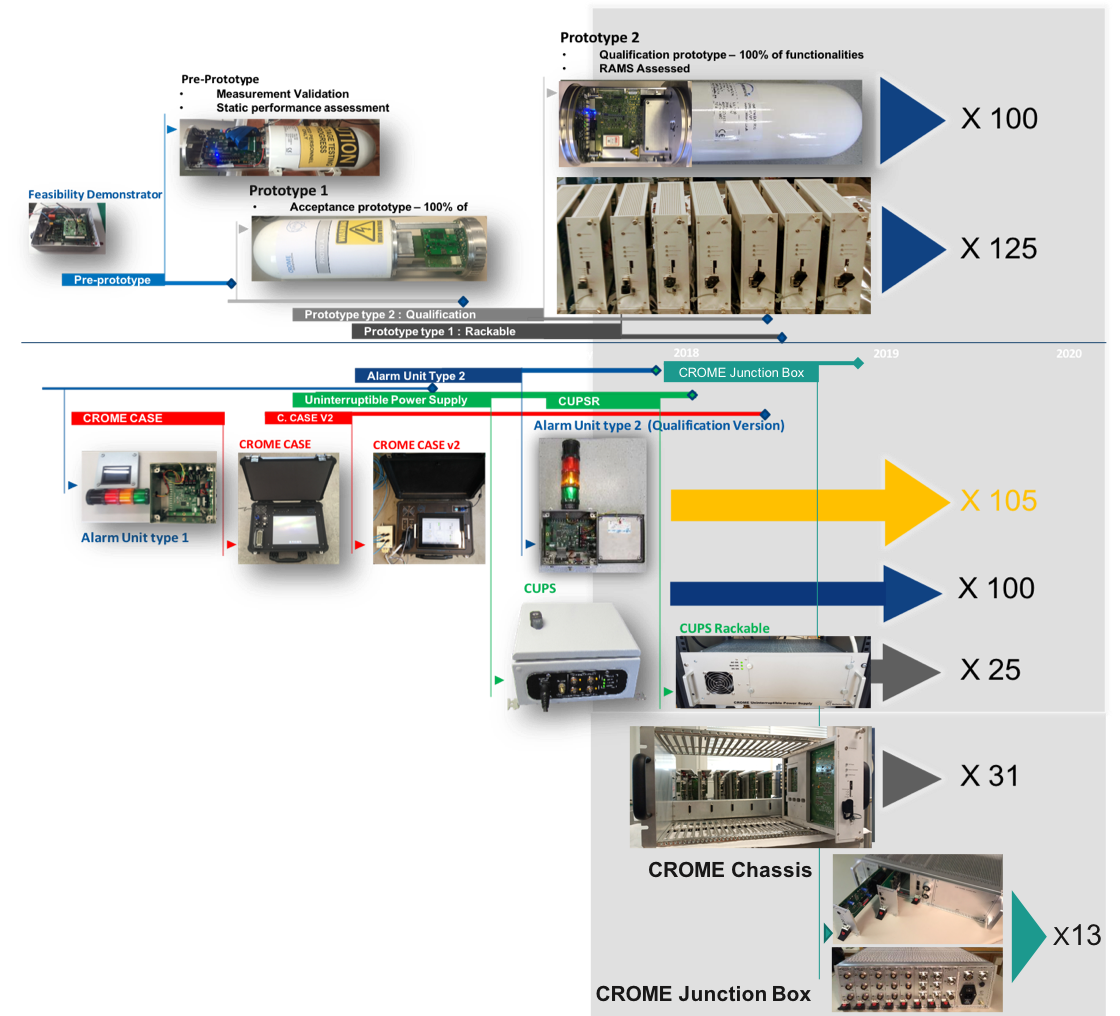 CROME "main" equipments in one picture

But ... why do we need a radiation instrumentation system ?

CERN (European Organization for Nuclear Research) uses the world’s largest and most complex particle accelerators chain to study the basic constituents of matter. The accelerators boost beams of particles to high energies before they are made to collide with each other or with stationary targets at almost the speed of light. This process gives physicists information about how the particles interact and as a side effect generates various types of mixed radiation. This secondary field, known as stray radiation, differs significantly from the ionizing radiation produced by the nuclear industry in terms of:

Moreover, depending mainly on the collision energy, induced activation could be noticed either at the accelerators components or at their surroundings. This radioactivity is either due to the direct interaction with the beam or with indirect interaction of stable matter with the secondary particles leading to radionuclide production. This activation process creates residual radioactivity inside beam tunnels and experimental area. When the accelerators are in operation the access at CERN to the beam line and the experimental zones is prohibited. When the beam is off, we monitor the radioactivity decay due to the activation in order to grant access to the radiation protection survey team.

Although, we have at CERN two major concurrent monitoring systems, we have started 5 years ago the development of a new system called CROME. This new CERN Radiation Monitoring Electronics (CROME) will harmonize in the long-term our network of about 800 measurement channels through continues replacement of the existing systems. CROME is breakthrough technology optimizing the tradeoff between fast and accurate measurement. The new system covers a measurement interval of 9 decades starting from the nSv/h with a detection time down to the millisecond.

CROME is the new generation of ionizing radiation monitoring system at CERN. The project has started in 2014 and will end in 2021 with the the full replacement of ARCON system.