The first CROMOBILE Prototype has been delivered to RP

The first CROMOBILE (CROME Mobile) prototype has been delivered to CERN Radiation Protection. Four mobile measurement devices are currently being produced.  These devices will be heavily used for radiation survey measurements at the accelerator installations.

The current RP mobile measurement system has been in service since 2007, with some upgrades over time to the power supply part. It was specified and built based on ARCON technology and a standard rate meter connected to the REMUS supervision system. Due to the high failure rate and legacy technology, CROME based monitors will replace all these devices. 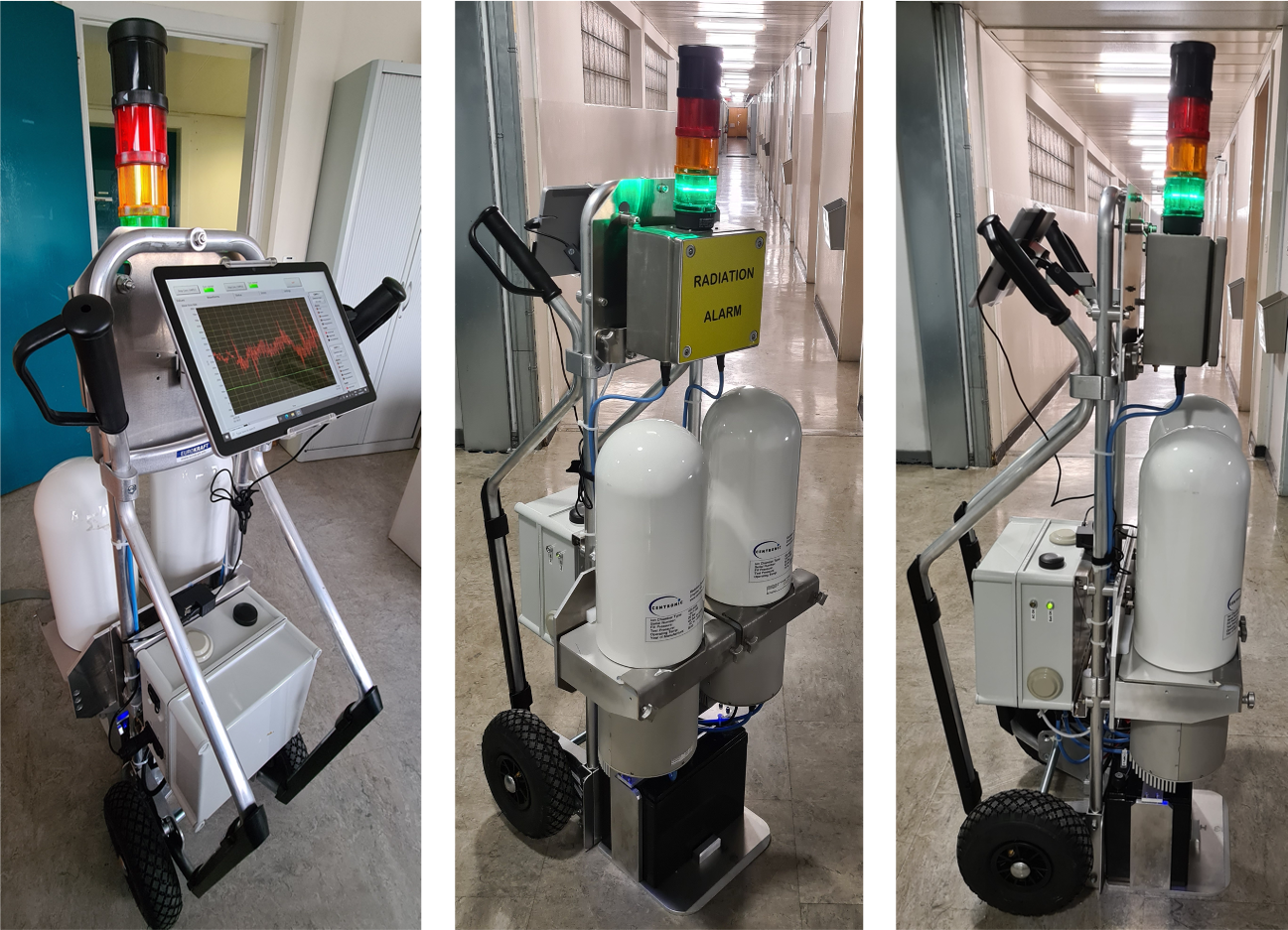