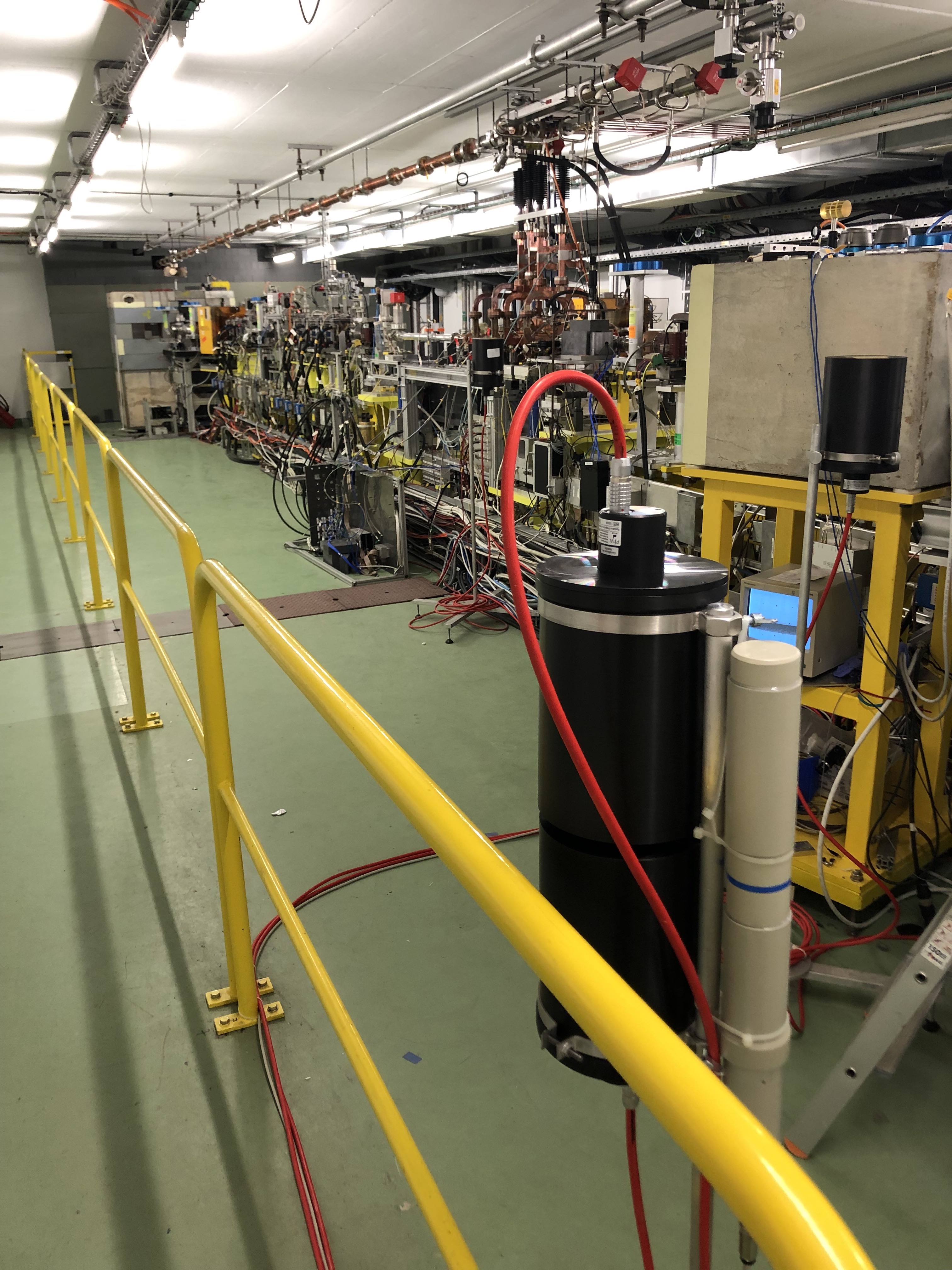 As part of the CROME monitor characterization, measurements are being carried out with the accelerator called CLEAR (CERN Linear Electron Accelerator for Research). This is an experimental accelerator which allow especially to study components that will be potentially brought into the future to be installed on CERN machines.

The advantage of this accelerator for our measurements is its "experimental" status. Indeed, it allows us to modify many beam parameters in order to adapt the experimental conditions.

For our study in pulsed mode, the frequency and especially the charge of the different pulses are important notions and CLEAR accelerator offers a large scale of values for these parameters. The goal is to show if the CROME monitor is able to retranscribe the pulsed beam data and up to what limit.

For this we have installed and grouped 3 ionization chambers called IAM near the dump where the beam is stopped.  It's here that the radiation is the most intense. 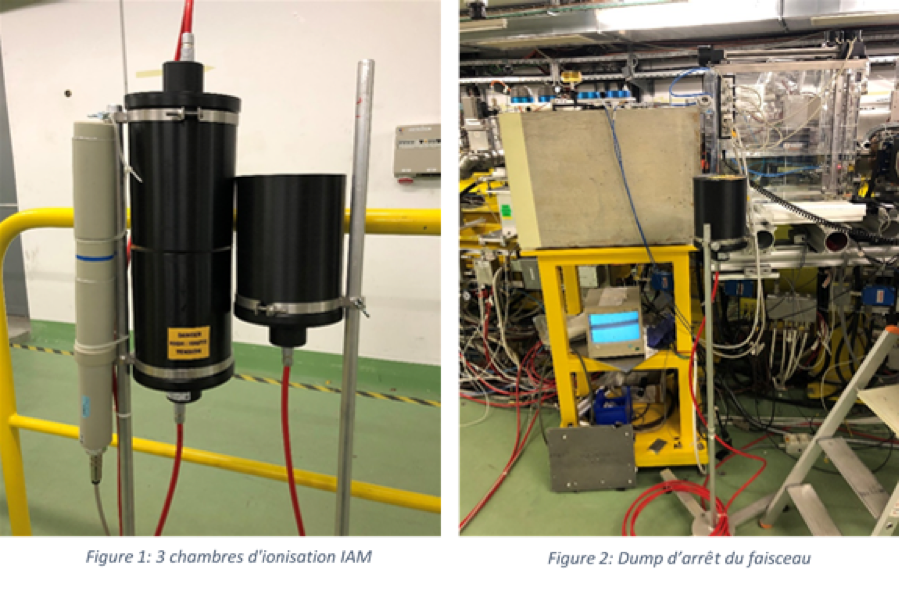 These chambers are grouped for allow them to receive  the same radiation dose  in order to compare the data. One of these chambers is connected to an electrometer which is the reference. The two others are respectively connected to CROME and UTOPIA (next developpement electronic which will replace CROME) electronic acquisition .

The goal is to compare the values between the electrometer and CROME. For this, several series of measures are in progress. Then we will be able to determine CROME performances in pulsed field.

As part of the CROME monitor characterization, measurements are being carried out with the accelerator ...