The ACCURATE chip is a low current measurement ASIC developed in the RP-IL section to collect charges that are generated by ionization chambers when they are subject to ionizing radiation.  It is designed to measure the current generated by ionization chamber from fA to 20𝜇A. It exists as a mixed-signal chip (ACCURATE2M) in which the analog signals are directly processed to be sent via serial communication or in an analog-only version (ACCURATE2V1), where the digital section is embedded in a FPGA ( Cf. Picture bellow).

After a serie of tests at CERN, we have demonstrated the operability of the chip from 5nSv/h to 150mSv/h. Three different ionization chambers were used (Centronic IG5-A20 and  IG32 and PTW T32006) and the chip successfully measured current from 0.1pA to 300nA. To extend the tested current range, a similar experiment was done at the Co60 facility where dose rate was ranging from approximately 160mSv/h to 7.4Sv/h. These tests showed that the ASIC can measure current up to 5.5μA when connected to an ionization  chamber with a global error smaller than ±6%. 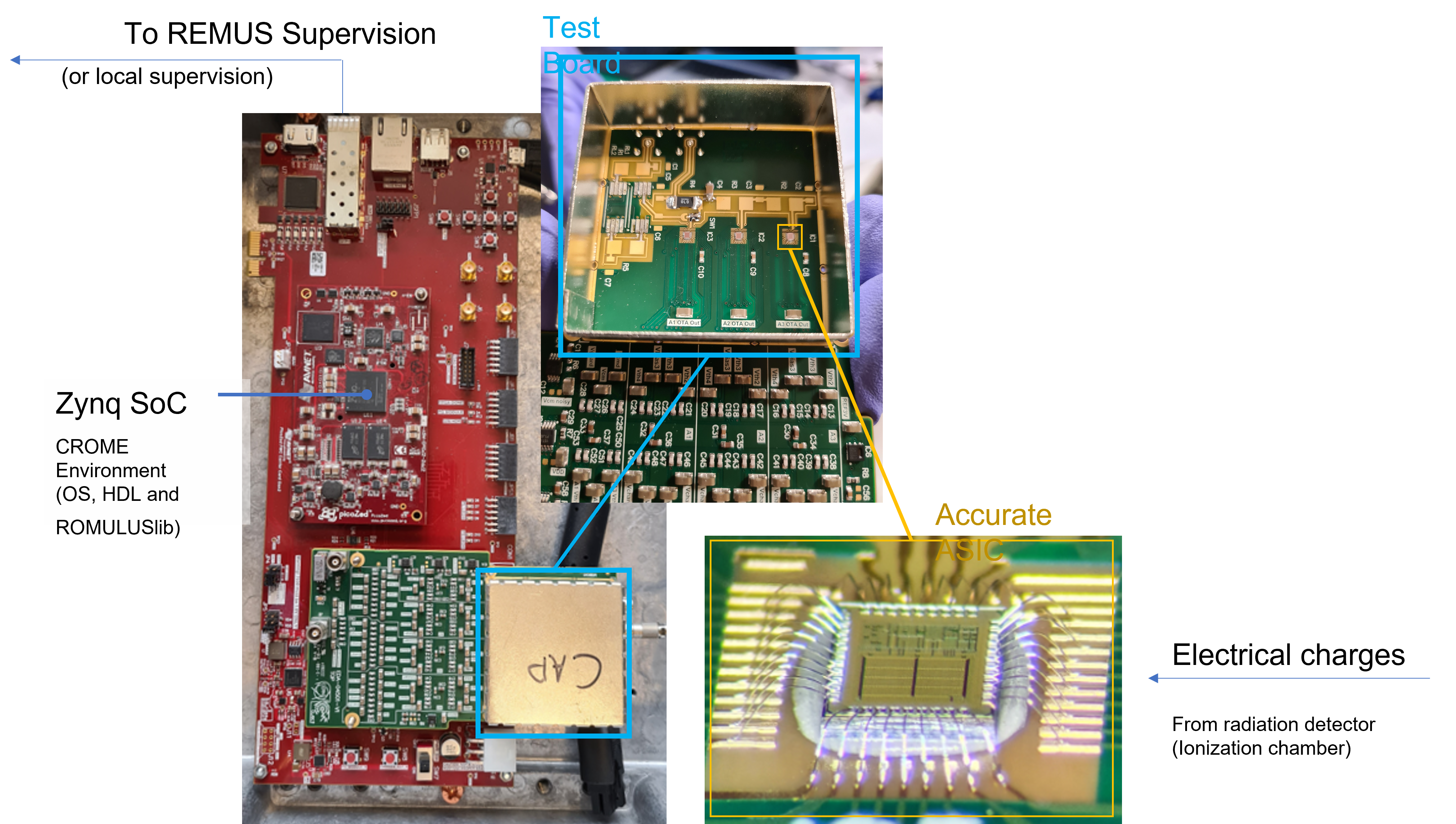 For pulsed radiation, we have used the same setup at PS-AIF above the AD (anti-matter facility) target. The results were very promising and a serie of improvement were made. A second campaign has been done at IRA/CHUV to further tests our chip and to validate a theoretical model that we have built. 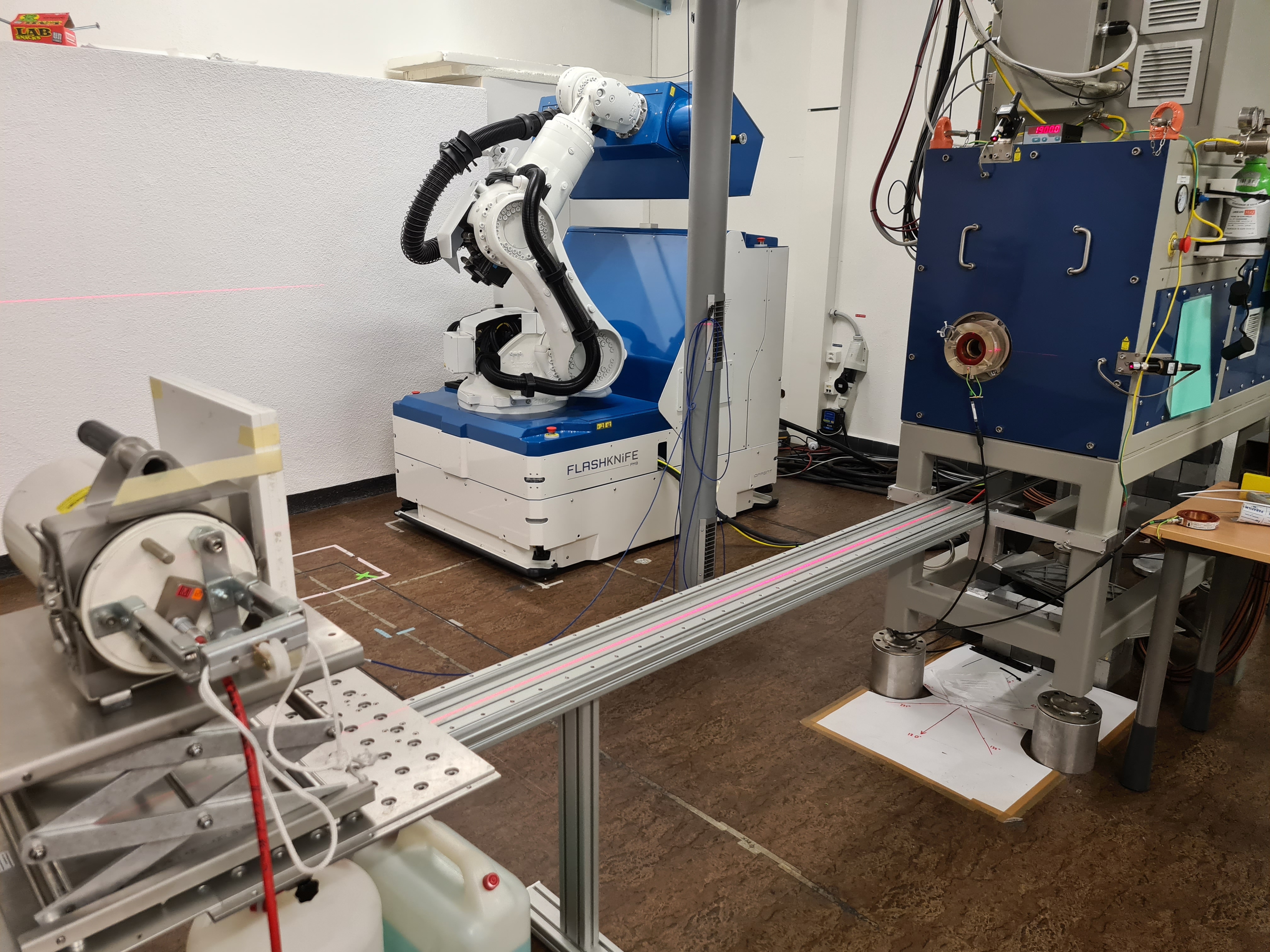 The results should be communicated soon. 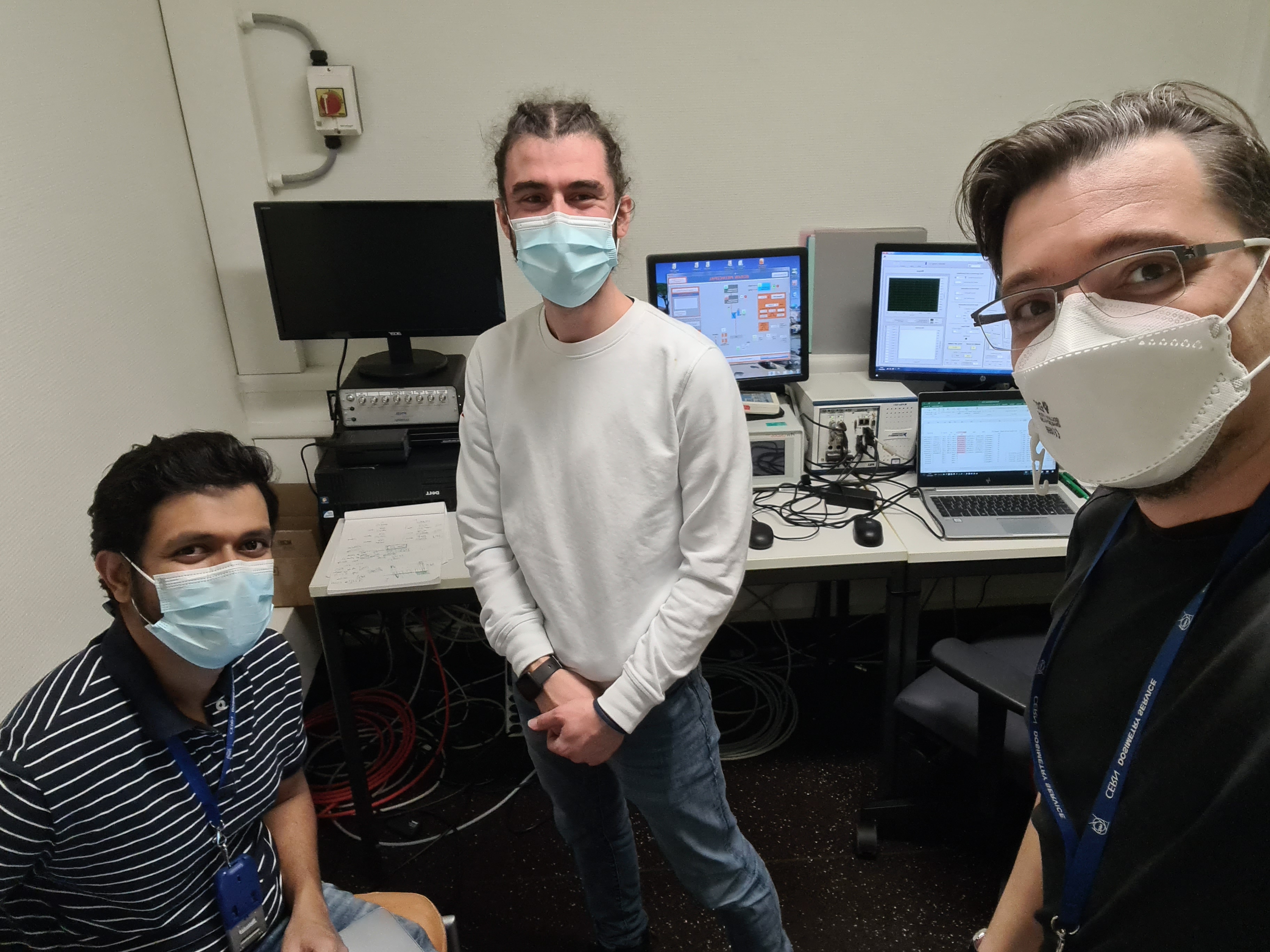