The main goal of this first experiment was to functionally test the ACCURATE2 system with the full measurement chain.

Two IG05-A20 ionization chambers were placed next to each other, symmetrically facing the source. The first one was connected to the CROME bulk system to serve as a reference and the second was connected to the device under test located in another room with a SPA-6 cable. Measurement data were continuously recorded by a laptop connected to the ACCURATE chip. 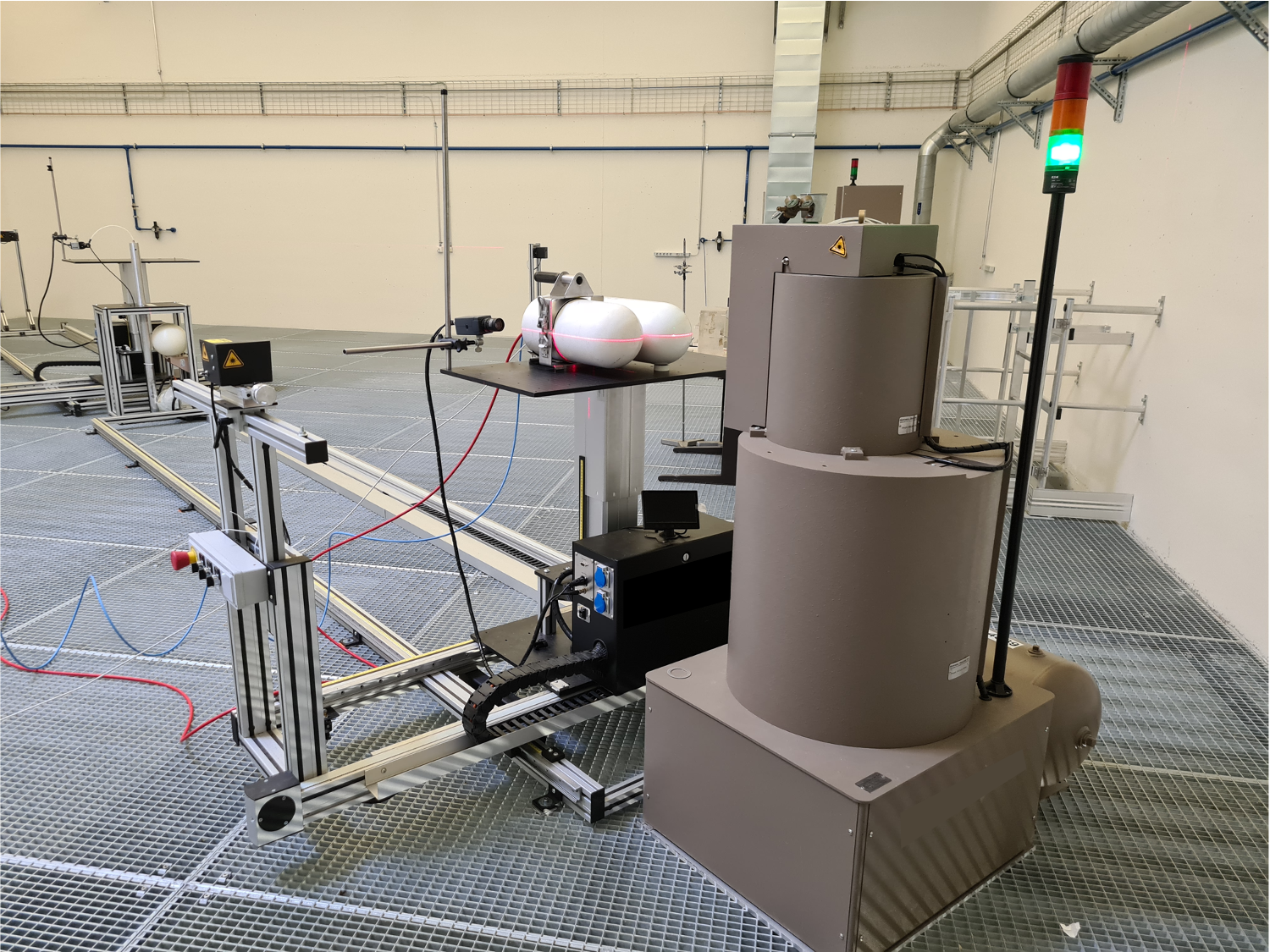 The chambers were then exposed to different dose rates by varying the type of radioactive source as well as the distance between them and the source.

Three different sets of measurements were executed and CROME device was only used for the first one with the lowest dose rate. 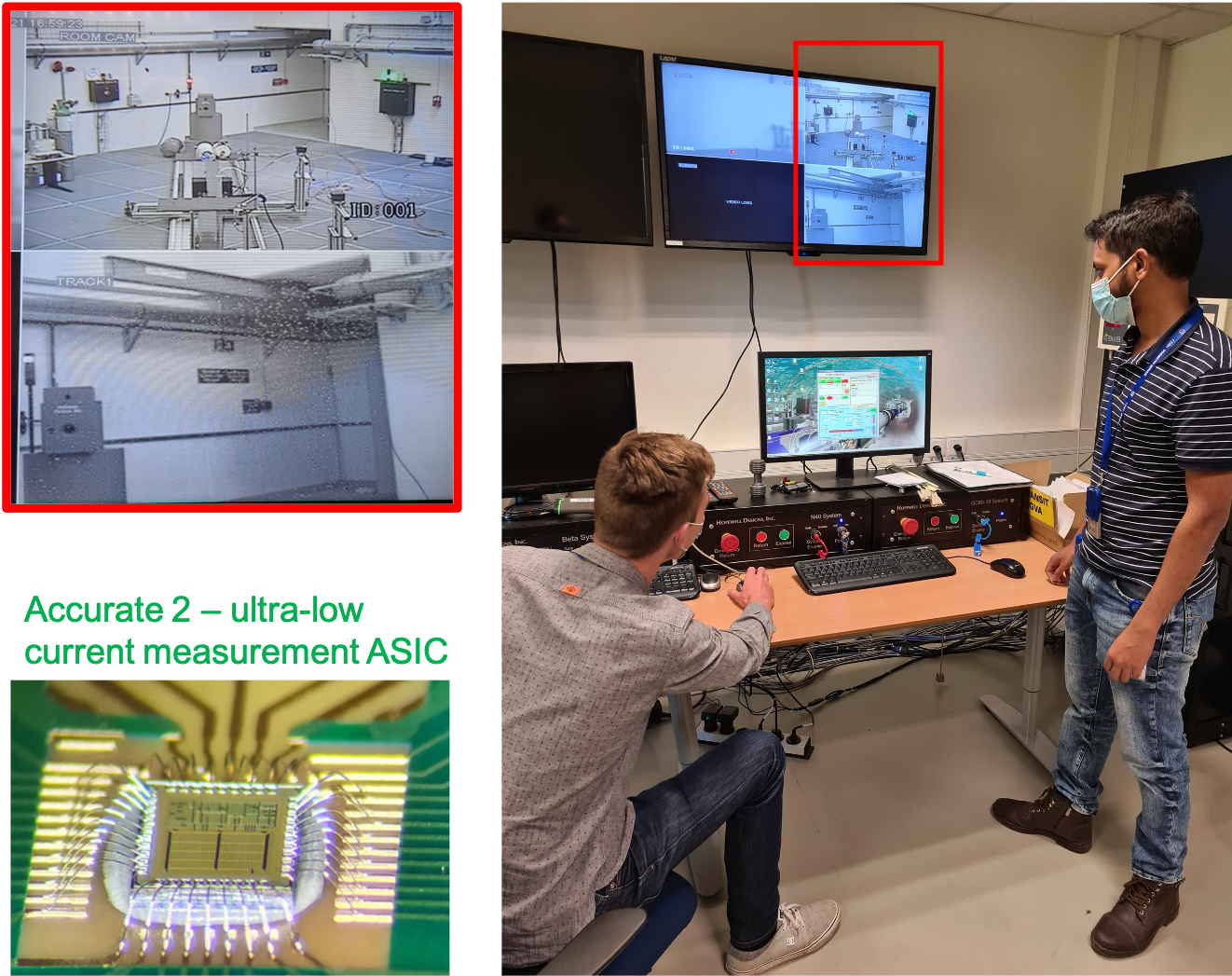 This first experiment in real conditions allowed to assess the operation of ACCURATE 2 circuit when it is connected to ionization chamber. The next step consisted in doing comparative measurements, using an current meter as a reference. This second experiment also gave the opportunity to test different versions of the ASIC with several ionization chambers. It was conducted with the same Cs-137 radioactive sources, however, the circuit is designed to measure current up to 20uA, a value that was successfully tested with a current generator. To assess the higher part of the current range in real condition, a third experiment should be performed, using a more active source.